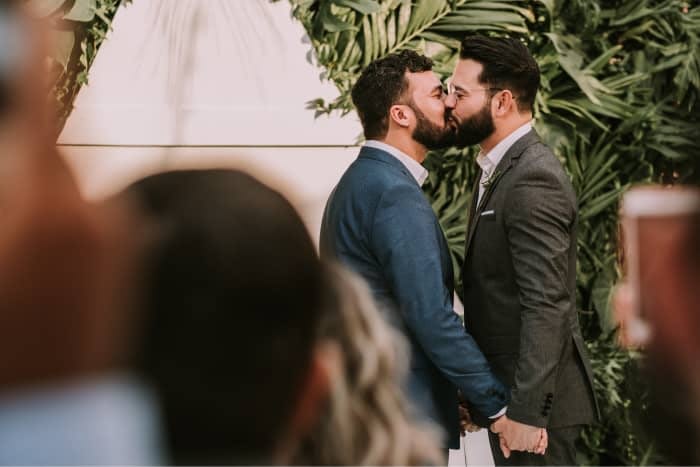 To see Ian and Chris together, chatting over Lattes in their favorite coffeehouse, overlooking Belfast Lough, you would think them just another unassuming gay couple, enjoying each other’s company.

They met a year ago. But both young men faced struggles within their social circles when it came to finding love. Relying on the convenience of gay dating apps brought them together.

As Chris, a trainee doctor explains, “Anyone even remotely familiar with recent history will be aware of The Troubles over here.” An affable, quietly-spoken guy, endearing silver flecks showing in his beard despite his tender years, he does seem troubled. “The Peace Process has been in place for 25 years. But some parts of our society are still trying to catch up with the rest of us in the 21st century.”

Chris is referring to the settlement made amongst the main Northern Irish political parties in the 90s, agreeing on a way forward after years of bitterness and animosity between local Roman Catholics (traditionally aspiring for Northern Ireland to unite with the Irish Republic) and their Protestant neighbors (many of whom would prefer the status quo, i.e., Northern Ireland remaining within the United Kingdom.) Both sides of this divide were bolstered by paramilitary groups who committed terrible acts of violence against the other community. 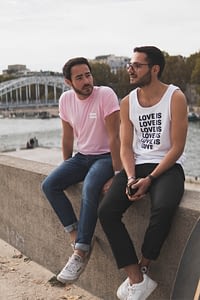 Ian, a bookshop owner, adds, “I was brought up a Catholic, and Chris here is from the other side.” He adds air quotes, emphasizing his contempt for the sectarian division. “But the added complication was my sexual preferences. I had to hide my sexuality from my family for a long time. Well, some of them, anyway. When I came out of gay bars or clubs as a teenager, I always had to keep an eye over one shoulder for Proddy (slang for Protestant) bigots who disliked my religion, the other for homophobes who disliked my sexuality. When a friend told me about gay dating sites, I decided to check some out. I was hooked straight away.”

Chris nods enthusiastically. He mimics his partner’s air quote gesture. “On my side, there was just as much intolerance. I’ve got an uncle who proudly wears his orange sash on July the Twelfth.” This is a reference to the Orange Lodge, a religious institution who celebrate their ‘Protestant identity’ by marching through Northern Irish towns on the anniversary of a battle 300 years ago, when the army of William of Orange, a Protestant, defeated forces loyal to King James, a Catholic. The Lodge is seen by the Catholic population as deeply divisive, and why they are honoring events from hundreds of years ago in such an inflammatory way seems unfathomable to most onlookers. “When I suggested they’d look a lot more fetching in pink sashes, he didn’t take that too kindly!’

That remark makes Ian chuckle into his coffee, almost coughing. “Yes. It’s fair to say the gay community faced more prejudice here than other parts of Britain. But that’s where gay dating apps come in.” He plucks his smartphone from the table-top, wiggles it around. “When you go online, no one cares what religion you’ve ticked in that box in the profile.”

“I would tend to tick none,” comments Chris.

“And, equally importantly, no one has hang-ups about anyone’s sexual orientation. When you use gay dating sites to connect, that question is a given, anyway. There are different questions to ask. Certainly not, “who do you vote for, nationalist or unionist? What church are you a member of?” It’s, “Are you looking for a casual hookup or a meaningful relationship? Are you available tonight, or would you like to spend some time getting to know each other?” There are so many gay dating apps out there, it’s down to personal choice. Online dating is so flexible that way.”

The couple seems so harmonious and relaxed in each other’s company, it’s difficult to comprehend the levels of bitterness that existed in some narrow minds, and persist, beyond the windows of this coffeehouse.

Chris concluded. “With the dating app where we met, although there was an instant connection, neither of us were looking for something instant or throwaway.”

Warming to the theme, Ian nods in agreement. “We wanted chemistry. Not a quick spark. A flame.”